P&O Cruises Australia will make sure that 79-year-old Moree assault victim Maureen Hiscock is well-looked after when she is fit and well enough to take to the high seas.

She had planned to travel to Brisbane the following day – via Ballina – with her family to embark on a P&O cruise.

A considerable amount of cash – money saved for the four-day cruise from Brisbane along the Queensland coast to Airlie Beach – was stolen during the horrific attack.

Initially, P&O Cruises’ conditions of sale stated that the four fares couldn’t be refunded or rescheduled. Three of the fares were re-issued to other family members, with one member of the original group still able to take the cruise.

Mrs Hiscock, along with her daughter Helen and grand-daughter Holly remained in Moree.

The cruise, a first for the close-knit family, was also an early birthday present for Holly – a Christmas Day baby.

Family tradition decrees that each year Holly celebrates growing one year older exactly one month before her actual birth-date. 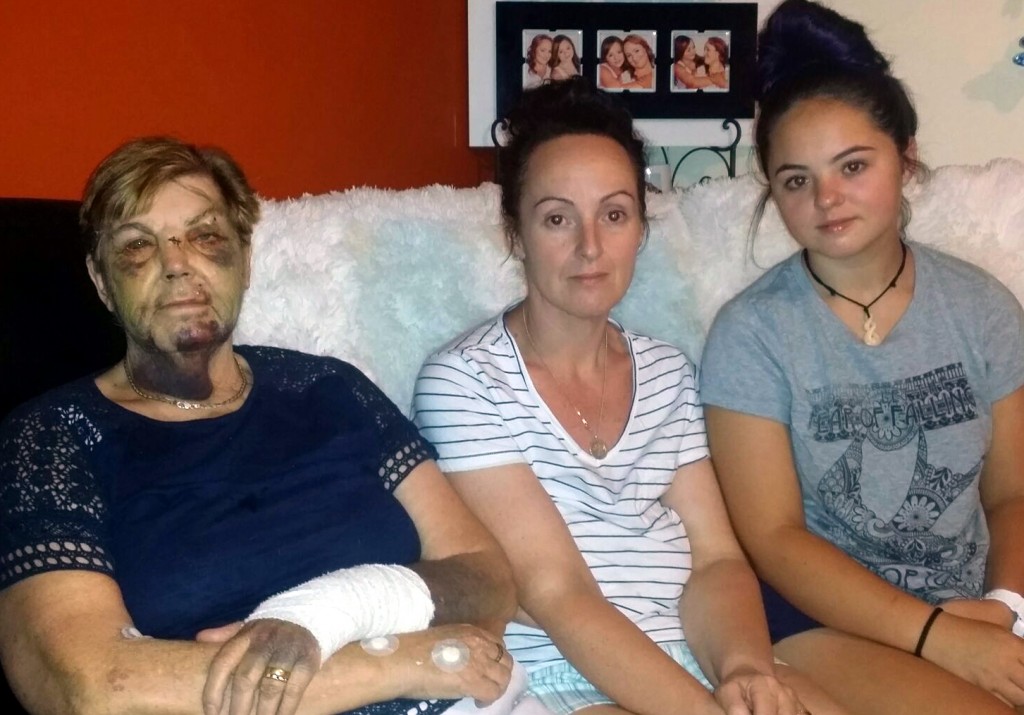 When P&O Cruises’ head of public relations, Lyndsey Gordon, heard about Mrs Hiscock’s shocking ordeal, a process was set in motion to ensure the elderly widow would one day get to enjoy everything that the cruise line has to offer.

P&O Cruises this week sent Mrs Hiscock a beautiful bunch if flowers, with an assurance from Ms Gordon that “having become fully aware of what has happened we will not let her down”.

“The flowers are a gesture of compassion and we certainly intend to do more in consultation with her family,” Ms Gordon said.

“It is appalling that a 79-year-old grandmother could be attacked in her home. We are working with her family, with the objective that when she is well enough Mrs Hiscock will have the opportunity to cruise with us if she wishes, and she will not be out of pocket.

“In fact, we will pull out all stops to make sure she is treated as a special guest on board,” Ms Gordon said.

“It is only proper that we continue to work with her family to achieve a compassionate outcome. “P&O has been cruising from Australia for 85 years, and our focus on our guests could not be more intense.

“We share with Moree the horror that an elderly member of the local community has experienced an ordeal of this kind,” Ms Gordon said.

Mrs Hiscock suffered shocking facial injuries after being bashed by two intruders with what is believed to be house bricks.

She suffered a broken nose and fractures to both cheekbones as well a deep laceration to her wrist.

There is also damage to her eye sockets that may require surgery.

Mrs Hiscock is now convalescing at the home of her daughter Helen and son-in-law Lindsay.

She is too scared to return to her Boland Drive residence, which she has now placed on the market.

It is a home she has lived in for nearly 20 years.

“I commend P&O on this wonderful and kind gesture. After what Maureen has been through, I know it will be well received,” Mr Marshall said.

“Hopefully, very soon, the grubs that attacked her and stole her money will get what’s coming to them. In the meantime, I wish Maureen an enjoyable and relaxing cruise – she sure deserves it.

“Again, it’s great to see a large company like P&O show such compassion and help Maureen in this way,” he said.

A special strike force to “clean up Moree” could be put in place as early as next week if it gets government approval.

The strike force, at the behest of Mr Marshall, will boost local police efforts.

Mr Marshall on Wednesday met with Deputy Commissioner for Regional NSW Field Operations Gary Worboys and made a direct request for a police strike force team to be established and deployed to Moree.

Mr Marshall also sought an assurance that any such response would remain as long as is needed.

“There also needs to be greater support from other agencies such as community services and I have questioned the current Family and Community Services’ staffing and resource levels in Moree,” Mr Marshall said.

“In collaboration with Moree Plains Shire Council and the Department of Justice, I am also working to implement the Family Investment Model (FIM) in Moree.”

Next post
Sticky Sweet a side-splitting treat for Moree audiences